If you’re thinking about making some green changes to your home, then you may be debating between solar panels and solar tiles. We’ve compared the two to help you decide which would be best for your home.

When it comes to making eco-friendly home improvements, one decision you may face is whether to opt for solar panels or solar roof tiles.

Even if you’re reasonably confident that solar power is the way to go, you may be confused about the specifics of the two different systems.

This article will go over some of the main differences between solar panels and solar roof tiles to help you make an informed decision about which system to choose for your home.

How Do They Work? 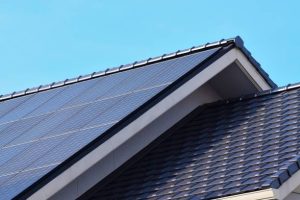 Solar panels and solar tiles work in similar ways and both use sunlight to generate power.

The key difference is how they are installed in your home. Solar panels are mounted on the roof, while solar tiles are built into it.

Both can be equipped with various features to make them more efficient and flexible, for example, a system that automatically adjusts to the seasons or a solar tile design that reflects heat.

One of the key differences between solar panels and solar tiles is that with solar tiles, you can’t just add a few to your roof. Instead, you’ll need to replace all of your roof tiles with solar alternatives in order to generate solar power.

With solar panels, however, how many you need is usually determined by the size of your home and your standard energy consumption. As a guide, a typical three-bedroom house requires 10 solar panels. 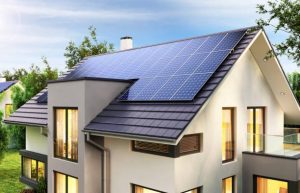 Installing both solar panels and solar tiles comes with an initial cost.

Solar panels have been around for decades which means that as more and more innovation and research is pumped into creating them, the cost is coming right down.

In 2022 you can expect to pay anywhere between £300-£500 per solar panel. Whilst they’re certainly not cheap, most people believe you’ll make that money back in your eco-home on lower electricity bills through the years.

As a relatively new innovation, solar tiles are still pretty pricey. In fact, you can expect to pay at least double the price of solar panels. Considering you’ll need to replace your full roof’s worth of tiles; it can quickly add up. 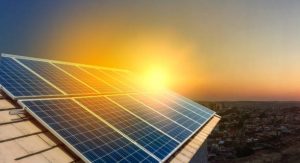 The whole point of installing either solar panels or solar tiles is to generate electricity efficiently therefore you need to know if they’re up to the task before making a decision.

At the moment, solar panels are able to generate a higher level of electricity than solar tiles, which means they’ll take up less roof space (as you’ll require less) and will work out to be more cost-effective.

That’s not to say that solar tiles aren’t efficient, however. The solar technology is constantly developing and some solar tile models have recently been able to reach a conversion efficiency rate that’s incredibly close to that of solar panels.

Solar tiles tend to have an efficiency rating of 10-20% whilst solar panels usually reach at least 16%, with some achieving efficiency levels of 22%.

One of the solar panel’s main disadvantages is that they can, sometimes, be a safety hazard if placed onto a roof that is not maintained properly or inspected recently.

They may fall through a compromised roof or cause a fire through faulty wiring – although these are rare occurrences and often have to do with the installation rather than the tech itself.

Solar tiles, on the other hand, are virtually maintenance-free and so far pose little risk to homes since being more widely implemented.

In addition, with tiles installed you don’t have to worry about them being stolen; which happens more with traditional solar panels as they stand out more. 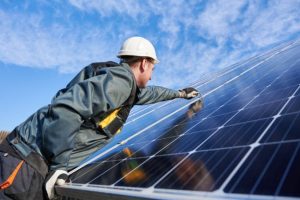 Installing solar panels on your roof is easier than you might think. Though it does require some DIY know-how, most people are able to install them on their own with little hassle or assistance.

Solar tiles have yet to catch up in that respect; with such a new technology, they aren’t quite as easy to set up and you’re probably going to need to enlist the help of a professional.

In general, there are three main installation options for both types of systems: installing yourself, hiring an installer or doing it yourself with manufacturer support (similar to what Tesla offers).

Some utility providers also offer installation support so be sure to check if yours is one of them. 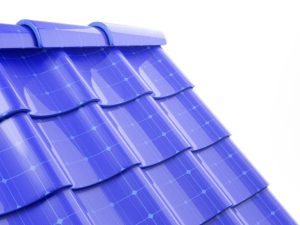 It’s easy to overlook appearance as a solar-buying factor, but your panels will be on your roof for years (or decades) and you’ll see them every day.

You may prefer a look that blends with your home’s architecture or has a more modern feel than traditional solar panels. People are sometimes put off installing solar panels onto their homes as they stand out and don’t match the aesthetic of the house.

With solar tiles, however, nobody would ever know the difference between solar tiles and traditional roof tiles.

While traditional solar panels are made of tempered glass encased in metal frames, solar tiles are thin rectangles of hardened resin infused with semi-conducting material (the same stuff used in solar panels). 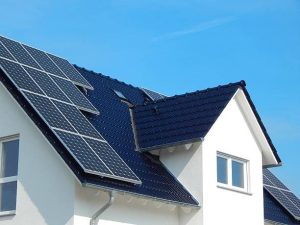 More people than ever before are looking for eco-friendly alternatives. Installing solar panels or solar tiles, whilst requiring a little more forward-planning and budget is fast becoming a popular choice for eco-conscious homeowners. But which one is best?

It all comes down to your individual circumstances and needs and the key factors that are motivating your decision.

Solar panels are a great option for those working with a tighter budget who just want to generate electricity efficiently, with little concern about the appearance of their home.

Solar tiles meanwhile work best for those with larger budgets who don’t want large solar panels sitting on their roof. They also work particularly well for new builds or houses that already need their roofs replaced.

Whether you decide to opt for solar panels or solar tiles, you’ll reap the benefits of sustainable, renewable energy for your home, helping to reduce energy bills and your emissions.

Solar panels and solar tiles are both a great investment for not just your home but for the environment too.

About Green Living Reporter 16 Articles
Always on the hunt for the latest green living news, tips and stories, proudly sharing them with readers all around the world to make this planet a better place.